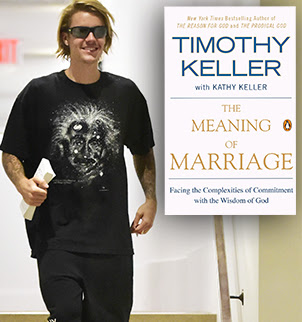 Justin Bieber has revealed his tearful display with fiancee Hailey Baldwin was a 'bad day'.
The Canadian pop star, who was seen crying while comforting an emotional Hailey, 21, earlier this week, was seen carrying a book about marriage while out in New York Wednesday.
'You got good days and you got bad days,' the 24-year-old pop icon told TMZ as he left Hailey's apartment building and was asked how was he was doing. 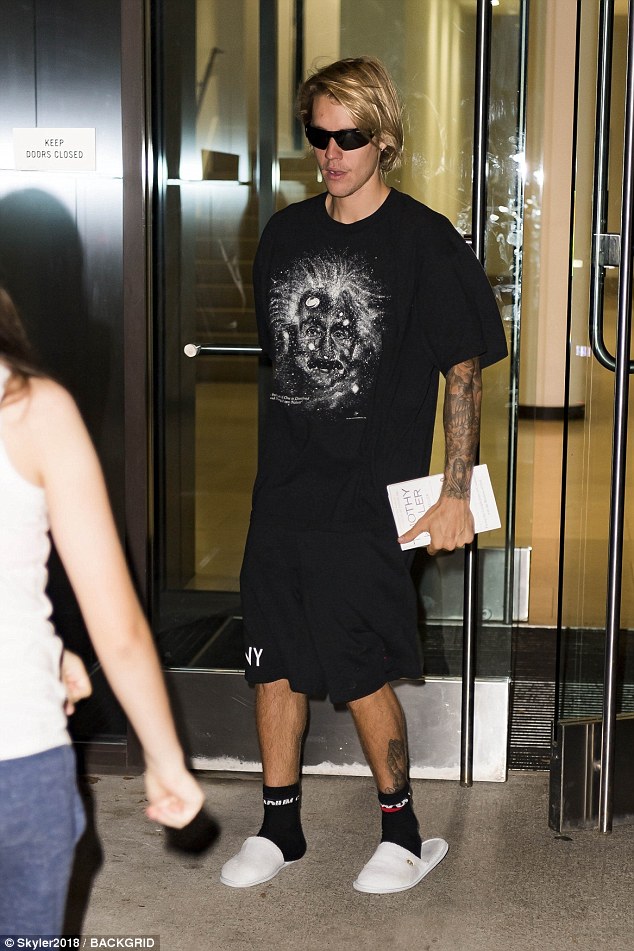 +10
'Good days and bad days': Justin Bieber is consulting a self-help book about marriage after his emotional scenes with fiancee Hailey Baldwin on Tuesday
The Sorry hitmaker waved the book in front of a photographer as he added, 'It's not real if it doesn't have any bad days.'
The book Justin was carrying around with him is by Timothy Keller and titled The Meaning of Marriage: Facing the Complexities of Commitment with the Wisdom of God.

Keller discusses the vision of what marriage should be 'according to the Bible' and is aimed at 'Christians, skeptics, singles, longtime married couples, and those about to be engaged'.
The book - which has rave reviews and a five-star rating on Amazon - offers instruction on how to have a successful marriage amid a modern culture which 'has it wrong'. 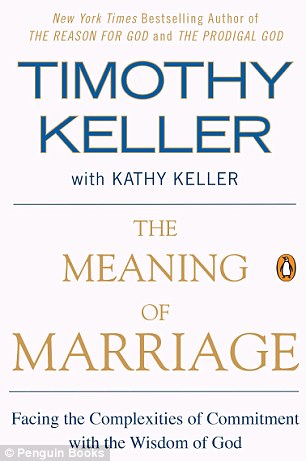 +10
Keller discusses the vision of what marriage should be 'according to the Bible' and is aimed at 'Christians, skeptics, singles, longtime married couples, and those about to be engaged'
Keller sets out to explain why marriage has lost its meaning and become so temporary in today's society.
The book summary reads: 'Modern culture would have you believe that everyone has a soul mate; that romance is the most important part of a successful marriage; that your spouse is there to help you realize your potential; that marriage does not mean forever, but merely for now; and that starting over after a divorce is the best solution to seemingly intractable marriage issues. But these modern-day assumptions are wrong.
'Timothy Keller, with insights from Kathy, his wife of thirty-seven years, shows marriage to be a glorious relationship that is also misunderstood and mysterious. The Meaning of Marriage offers instruction on how to have a successful marriage, and is essential reading for anyone who wants to know God and love more deeply in this life.'
Justin is turning to the self-help book after the couple were seen consoling each other during a bike ride, and then later in a cafe in New York on Tuesday.
The pair were openly crying wiping tears from their own and even each others eyes.