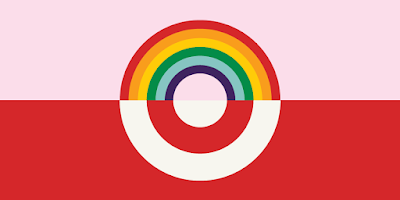 So while I was out on the road preaching this week I saw the news that Target is now opening their women's bathrooms and their dressing rooms up so that men can use them.

This devastates my heart.

My wife and daughter love to shop at this retail store, but now the potential for my wife and my daughter to be exposed to someone who might possibly harm them (either emotionally or physically) has increased.  There are several news stories to back up my what I'm saying.

So what are we to do as responsible Christian husbands and fathers?   That is a legitimate question.

I know that there are some who say 'don't be a doom and gloomer...just have an open mind and don't rock the proverbial boat.  (even though there are news stories that prove this is a bad idea.

***UPDATE***And what we fear would happen IS HAPPENING NOW )

But as a husband an father who has a mandate from God himself to defend and protect my wife and daughter I cannot in good conscience allow my family to be exposed to this potential.

When did our culture loose its collective mind?  If we went back in time just a few years, even entertaining the idea of a man entering a women's bathroom or changing room for any reason whatsoever would have been laughed at or at the very minimum would have been sternly scolded.  What has happened?

I think what we are seeing in full force is the wrath of God being laid out before us in the form of His abandonment.  So therefore we as a nation are no longer able to collectively understand right and wrong.


Therefore God sends them a strong delusion, so that they may believe what is false, - 2 Thes 2:11

24 Therefore God gave them up in the lusts of their hearts to impurity, to the dishonoring of their bodies among themselves, 25 because they exchanged the truth about God for a lie and worshiped and served the creature rather than the Creator, who is blessed forever! Amen.
26 For this reason God gave them up to dishonorable passions. For their women exchanged natural relations for those that are contrary to nature; 27 and the men likewise gave up natural relations with women and were consumed with passion for one another, men committing shameless acts with men and receiving in themselves the due penalty for their error. Romans 1:24-27

I think this will continue  to grow and as our nation continues to turn its back on Jesus, we will see more and more un-Godly things come about.    The fault for all of this lies at the doorsteps of the church.  We have refused to stand for Biblical principles, we have giggled and snicked at sin and refuse to make war on our own sin...so therefore why would we put up a fight against the title waves of sinfulness rolling through our culture?  We need to repent.  I'm talking to the church! We need to full on lay out before God and repent of OUR SINS!  This is the only cure.

So in the meantime I will no longer be taking my family to Target. It's not because I hate people who identify as transgender...it's because this whole idea of a man going into a women's dressing room or bathroom is totally illogical and completely morally wrong.   We have to stand somewhere and upon something.  If not who will?  If not now when?