Loading...
Home » »Unlabelled » You May Be Hell Bound...Even Though You Think You're Heaven Bound.

You May Be Hell Bound...Even Though You Think You're Heaven Bound. 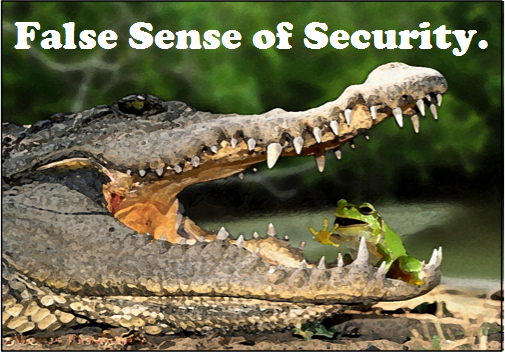 I woke up with this verse on my heart.

‘Examine yourselves, to see whether you are in the faith. Test yourselves. Or do you not realize this about yourselves, that Jesus Christ is in you?—unless indeed you fail to meet the test!’ -2 Cor. 13:5

I grew up in the church. My dad is a pastor. I have been around the church world my entire life. I went to camp; I went to youth retreats; I walked to the front of a church; I prayed prayers…I did all that stuff.

It was not until the summer of 1998 that it truly connected, and made sense.  The pastor  was preaching out of this text:

‘Examine yourselves, to see whether you are in the faith. Test yourselves. Or do you not realize this about yourselves, that Jesus Christ is in you?—unless indeed you fail to meet the test!’ -2 Cor. 13:5

Then he went to the following text….

“Woe to you, scribes and Pharisees, hypocrites! For you are like whitewashed tombs, which outwardly appear beautiful, but within are full of dead people’s bones and all uncleanness. – Matt. 23:27

I had the mental argument/fight in my head. You’re a good dude.  You don’t need to be worried about this. You’re good enough.

Then the Holy Spirit would say ‘Caleb…you need to repent, you need JESUS!’

I came to realize that I was full of dead man’s bones…sure I LOOKED like I had it figured out…but I was only fooling myself and the people around me. The truth was  I. was. lost.

See what we have done in our country is we’ve fooled folks into believing that if they go to church a few time when they were kids, (maybe even while they are adults) and say a prayer that this will secure them a spot in heaven.  That is a false sense of security.


According to research almost four out of every five Americans identify themselves as Christians…But in this group of self proclaimed Christians, less than half of them are involved in church on a weekly basis. Less than half of them believe the Bible is true. An overwhelming majority of them don’t have a biblical view of the world around them. So researchers went even deeper then to distinguish men and women who are ‘born again Christians,’ as if there’s any other kind of Christian. But these are people who say they’ve made a personal commitment to Jesus, they believe they’ll go to heaven, because they’ve accepted Jesus as their savior.
And according to research nearly half of Americans are ‘born again Christians.’ But you look at this group of ‘born again Christians’ and researchers found that their beliefs and lifestyles and virtually indistinguishable from the world around them. Many ‘born again Christians’ believe their works can earn them a place in heaven. Others think that Christians and Muslims worship the same god. Some believe that Jesus sinned while He was on Earth. And an ever increasing number of ‘born again Christians‘ just describe themselves as marginally committed to Jesus.
So people you can use data like this to conclude that Christians are really not that different from the rest of the world. But I don’t think that interpretation of that research is accurate. I think the one thing that’s abundantly clear from those statistics is that there are a whole lot of people in our country who think that they are Christians, but they are not. There are scores of people—here and around the world who culturally distinguish themselves as Christians and biblically are not followers of Christ.”

“Woe to you, scribes and Pharisees, hypocrites! For you are like whitewashed tombs, which outwardly appear beautiful, but within are full of dead people’s bones and all uncleanness. – Matt 23:27

I think a lot of people in church are doing this very thing.  They look like they have it figured out.  They talk like they have it figured out.  But in reality they are only fooling themselves.
Jesus said to examine ourselves. Ask yourself these questions:
If you answer NO to any of those questions above I think you might want to look at Luke 14:25-35

I would much rather have someone who wrestled with this idea, and know for certain that they were saved…than to walk through life in a fog of false security due to their accomplishments  and find out that hell was now their home.

God has called us to examine ourselves.  Please do that today!

Jesus loves you, and he want you!  You need to do is REPENT.  God promises he will forgive you!
Posted by Caleb at 8:26 AM