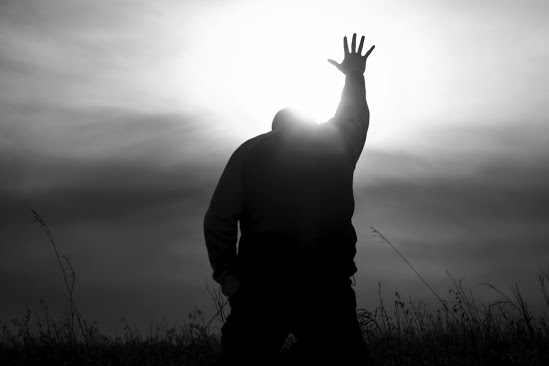 I think we get and understand that we are forgiven and we get the  grace concept, but I think the issue we really fail in is that God has adopted us.  I mean the idea of adoption is that he's chosen us!  He wants us! That's so much bigger and that's way better than just being born a son.  I was CHOSEN.  He said: 'That one, I want that one, bruised up  and everything else that comes along with it.  I want that one.'  He wants me.  He wants you!  He wants to be around me, he wants to commune with me.  He wants to have fellowship with me.  That's such a big deal.

4 even as he chose us in him before the foundation of the world, that we should be holy and blameless before him. In love 5 he predestined us[a] for adoption as sons through Jesus Christ, according to the purpose of his will, 6 to the praise of his glorious grace, with which he has blessed us in the Beloved. 7 In him we have redemption through his blood, the forgiveness of our trespasses, according to the riches of his grace, 8 which he lavished upon us, in all wisdom and insight  Eph 1:4-8


This means he actually likes us!   I know that most of us look at God as someone that is annoyed with his crazy and disobedient kids, but let me tell you something. Your sin does not and never has caught Jesus off guard.  He never looked down  in shock at what you've done.  He knows it all. And yet, He still wants to be apart of you.  He wants to be WITH YOU! And what's even bigger is that God does not want to just be with you, he wants 'LAVISH HIS RICHES AND GRACE UPON YOU.'

Come on that should cause us to shout a little.

I know what folks will say...'Well Caleb, if that's true this will breed sinful lifestyles.'  Not true.  If we are truly redeemed and we grasp this concept we run to the Father.  A blameless son does not have a reason to hide from his dad!   We will WANT to be around him!  A son who thinks he's dirty will hide from his dad!

This is why I said I don't think we believe God.  Look at that verse!  Before the foundations of the world we've been made clean!  And not because of something we did or did not do.  It was because he loved you.  He LIKED YOU!  He wanted  you.  So according to his purpose he called you out and redeemed you.  That's such a game changer!  Stop living in this realm of ideas that makes you think God is annoyed by you.  He's not annoyed.  He WANTS YOU!  That's bigger!  That's better!  That's something that is will transform your heart and your mind once this takes root in your life. This will cause you to RUN to him as a blameless SON OR DAUGHTER, not cower in fear as a kid who has no rights or standing.  You have a right standing with God, because of what Jesus did on your behalf.  OWN THAT!
Posted by Caleb at 10:09 AM