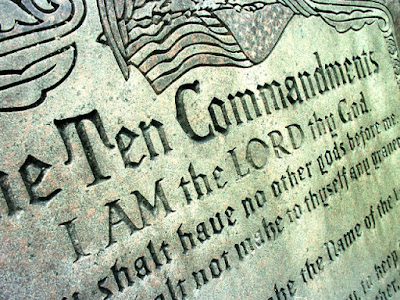 -The Blaze-
Tim Gill, tech millionaire and extremely liberal LGBTQ activist, spoke with Rolling Stone in a June interview, and called for the punishment of Christians who refuse to take part in same-sex weddings.
In the interview, the 63-year-old Colorado resident — who’s funneled over $400 million into pro-LGBT social reform causes over the last 20 years — claimed that it’s time to “punish the wicked,” in his opinion.
Gill set his sights on President Donald Trump’s election, and his perception of paradigm shift within the country as a result.
An excerpt from Rolling Stone read:

“The election of Donald Trump, who claims to support gay rights but stocked his administration with anti-LGBTQ extremists, has only emboldened those looking to erase the gains of the past decade. Gill refuses to go on the defense. ‘We’re going into the hardest states in the country,’ he says. ‘We’re going to punish the wicked.’”

Speaking with Rolling Stone’s Andy Kroll, Gill expressed his displeasure at the “religious right” who have made an issue out of same-sex marriage.
Despite referring to himself as “genetically Republican,” Gill said, “We have been fighting for [nondiscrimination] since the Sixties. It’s the religious right that decided to make marriage an issue. They worked tirelessly on it for decades and they lost.”
He was, of course, referring to the landmark 2015 Supreme Court ruling that same-sex marriage would be legal nationwide.
For Gill’s part, however, it seemed clear that the Supreme Court ruling wasn’t enough — he wanted to go hard at those persecuted for their own beliefs, such as those who would refuse to bake cakes for same-sex weddings, or at churches who refused to officiate same-sex ceremonies.
During the interview, Gill maintained his position that he will do everything in his power and with his resources to further strike down the personal or religious opposition to same-sex unions until the day he dies.
In 2016, Gill set up a foundation known as the Gill Foundation, which aims to “advance equality for LGBT Americans further, faster.”
Since its 2016 inception, the Gill Foundation has tackled the controversial North Carolina bathroom bill, as well as other grassroots movements to further the equality for LGBTQ people, including partnering with finance companies to tackle anti-discrimination efforts both locally and on the national level.
“Before he dies, Gill tells me in Denver, he plans to spend every last dollar in the foundation’s coffers in pursuit of full equality,” Kroll writes. “He figures he has 15 to 20 years left. By then, Gill will be in his eighties … But, he says, ‘I have no illusions that there’s an endgame.’ The Anti-Defamation League, the NAACP and the ACLU still exist. ‘These problems never go away,’ he says. ‘You have to educate every single generation about this and make sure it doesn’t creep back into our society. There’s no sense in which the job is ever done.'”
Posted by Caleb at 10:35 AM