Pastor John MacArthur Stuns With Answer To Gays Getting Into Heaven

Will gay people go to heaven? It's a question that not many pastors--even conservative ones--would want to answer. Because the answer isn't one that society wants to hear. And many pastors these days would rather avoid public persecution than speak the truth. 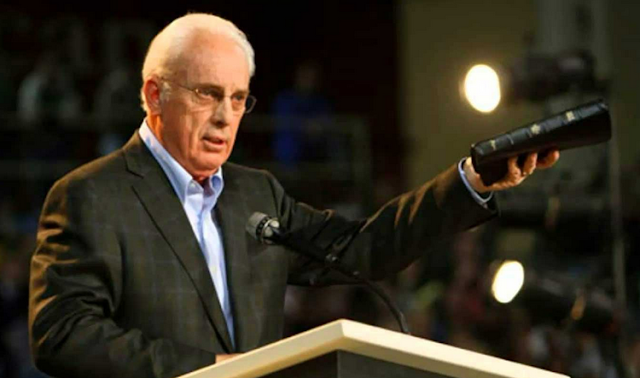 But not Pastor John MacArthur of the evangelical Grace Community Church in Sun Valley, California. In a panel last month, the pastor was asked a very tough question concerning homosexuality, reports the Christian Post. And his answer was very bold, as he frankly answered that no one is gay.

"If you mean by that, 'That's some hardwiring,' no one is gay," he said. "People commit adultery, they commit sins of homosexuality, they lie, they steal, they cheat. That's like saying, 'You know, I keep robbing banks, but I'm a robber. I'm a bank robber. What am I gonna do? I'm a bank robber.' That is not an excuse for what you do."
"Are there certain kind of impulses that lead people in that direction? Yes. But I think one of the really deadly aspects of this is to let people define themselves as gay," he continued. "They are not gay any more than an adulterer is hardwired to be forced by his own nature to commit adultery. Those are all behavioral sins that are condemned in scripture. God didn't hardwire anybody in such a way that they are not responsible for certain behaviors."
MacArthur ended his answer by saying that calling people gay is actually doing them a disservice by "letting them define themselves by that sin."
Wow, what a powerful answer! And one that not many would be bold enough to give. What do you think of MacArthur's response? Share your thoughts in the Comments! Thank you!