Loading...
Home » »Unlabelled » This May Cause Me NOT To Go See Spiderman!

This May Cause Me NOT To Go See Spiderman! 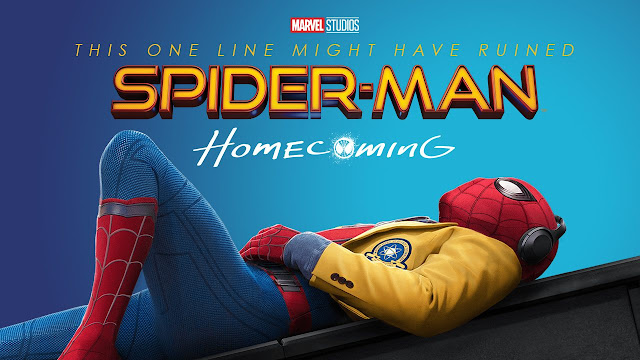 **Note** I have not seen this movie, so, therefore, I cannot make a full judgment call on these claims, but from what I've read from not only just this source (below) but several others this review is very accurate.  It breaks my heart that I'm even having to type this out.  I LOVE the Marvel movies.
But you see this is where the rubber meets the road when it comes BIBLICAL convictions, we say with our mouths that God's Word is the final authority in our lives. But when a Biblical worldview rubs against our desires for things that bring us pleasure and that we want to see, it's sad how quickly our 'convictions' will quickly turn to a 'preference.'  And this is how we are losing the moral compass culture war.
==============================================
Review by: By Ben Kayser
Last week, I attended a pre-screening of the first Spider-Man solo movie that’s included in the Marvel Cinematic Universe. Since Sony Pictures owns rights to the Spider-Man character, and has already made several movies just in the past 15 years, the fact that Marvel, owned by Disney, made an agreement to share the same Spider-Man played by Tom Holland is unprecedented. All in all, SPIDER-MAN: HOMECOMING has a lot of excitement behind it and could be the beginning of a new and very successful Spider-Man movie series. So far, critics and fans alike adore it. However, when I saw it in a press screening along with other critics, many of whom brought their children, what I saw disturbed me.
The movie has a myriad of issues, from poor writing to bad direction, which you can read more about in the review here. However, one line that was said by one of the characters stood out to me as I was writing, and I couldn’t let it go.
In the movie, Peter Parker has a best friend, Ned, a chubby Hawaiian teen who finds out about Peter’s secret identity as Spider-Man and desperately wants to be Peter’s techie sidekick. Later in the movie, Peter is chasing the villain, and Ned is helping Peter from the school computer lab, fulfilling his dream of being the “computer guy.” Obviously, these 15-year-old teenagers need their activities of stopping bad guys to be a secret, so when the teacher walks in on Ned, asking him what he’s doing, he slams the screen shut and responds with an answer he hopes will get her off his back. “I was watching porn,” Ned says.
The theater erupted in laughter. In fact, the mother sitting next to me, who was with her daughter, found it especially funny. I was confused. I mean, the frequent S-bombs and 30 other obscenities and profanities already gave away the fact that the Director, Jon Watts, didn’t have children in mind when he made a popular children’s comic book into a movie. This line however about a 15-year-old flippantly joking about watching porn, and it being normal and acceptable, felt especially irresponsible and frustrating. Studies have shown that porn consumption affects your brain negatively, destroys relationships and is addictive like drugs. Surveys also show that children are being exposed to porn at younger and younger ages, many times by accident and other times from curiosity. The negative effects of pornography are real, and even many Hollywood actors, some of which who came out of porn addiction, are speaking out about the dangers of porn, including actors like Josh Radnor, Terry Crews, Russel Brand, and even Pamela Anderson. The last thing families and children need is for Marvel movies, which millions of children watch and enjoy, to normalize pornography among teenagers and pre-teens. As happened with the very first modern SPIDER-MAN movie from Sony in 2002, I know 6-year-old boys (and girls for that matter) excited to see SPIDER-MAN: HOMECOMING, and it makes me sick thinking that that one line could spur him or her to discover out what porn is all about simply because Ned jokes about watching it, and everyone in the theater found it funny. Again, this is on top of the fact that the movie has twice as much foul language than any of the other SPIDER-MAN movies.
Ultimately, if your children are in society (as they should be), they’re going to learn inappropriate words and inevitably find out about things like pornography. The most effective way to address it is to be an active and informed parent. Talk to your children with grace and humility, acknowledging the fact that everyone is open to temptations of many kinds. Don’t expect perfection from them, but warn them of all the dangers in their culture so that they don’t end up choosing the same destructive roads that many others do. Finally, be sure to show them that the Good News of Jesus Christ is the only real solution to sin and temptation.
While parents can’t avoid certain issues when raising children, it’s nonetheless still frustrating that the new Spider-Man movie from Sony, unlike the first two Spider-Man movies from Sony, isn’t a safe space for family entertainment.
By the way, the first two SPIDER-MAN movies are among the Top 5 most financially successful comic book movies of all time in the United States and Canada, when adjusting for inflation. As such, they are also the two most successful movies Sony has ever released – ever!!!
Posted by Caleb at 9:10 AM