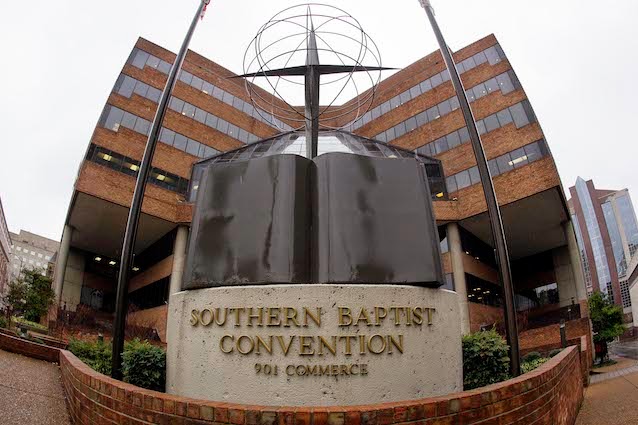 I saw this week where Southern Baptists are now 'Breaking Bread with openly gay Christians.'

So, I’m going to throw my hat into the ring of ideas on this issue.

The first thing I have to look at when it comes to the idea of relationships is the BIBLE. I believe that the Bible is the inspired word of the living GOD. ( 2 Tim 3:16)

God has a creative order…and when he created this world and everything in it…it was perfect. Adam and Eve made a choice…and that was to rebel against God’s mandate to them. (Gen 3:1-7 ) As a result of that taking place, as a result of them making a personal choice to disobey, and rebel against God…SIN entered into humanity, and into the created world. Which in turn fractured the entire universe. Everything fell, and broke.

As part of that fall… there is a mindset that thinks and believes ‘my ideas are BETTER than the ideas that God has put together.’

So…when man says I don’t like the way of your creative order…I’m checking out…I’m going to do it my way, he pretty much thumbs his nose at God, and in doing so says ‘my ways are better than your ways.’

So, in short what this is, is the ultimate rebellion against God. It’s saying I’m not going to do what you’ve instructed me to do.

When I read the following text…I’m not left to wonder what God thinks on the issue or topic of Homosexuality.


Romans 1:22-32
English Standard Version (ESV)
22 Claiming to be wise, they became fools, 23 and exchanged the glory of the immortal God for images resembling mortal man and birds and animals and creeping things.
24 Therefore God gave them up in the lusts of their hearts to impurity, to the dishonoring of their bodies among themselves, 25 because they exchanged the truth about God for a lie and worshiped and served the creature rather than the Creator, who is blessed forever! Amen.
26 For this reason God gave them up to dishonorable passions. For their women exchanged natural relations for those that are contrary to nature; 27 and the men likewise gave up natural relations with women and were consumed with passion for one another, men committing shameless acts with men and receiving in themselves the due penalty for their error.
28 And since they did not see fit to acknowledge God, God gave them up to a debased mind to do what ought not to be done. 29 They were filled with all manner of unrighteousness, evil, covetousness, malice. They are full of envy, murder, strife, deceit, maliciousness. They are gossips, 30 slanderers, haters of God, insolent, haughty, boastful, inventors of evil, disobedient to parents, 31 foolish, faithless, heartless, ruthless. 32 Though they know God’s righteous decree that those who practice such things deserve to die, they not only do them but give approval to those who practice them.

A culture that embraces the lifestyle of homosexuality is a very haughty and arrogant culture. They believe that their ways are correct, good, and right…but the fact of the matter is that God sees them in a totally different light. He looks on this with disdain…as a result of a culture giving into this mind set God will do something very frighting…he gives up on the CULTURE. Now he will still work with and save individuals…but that country as a whole is under what is called the wrath of abandonment from God.

Because this leads into everything else and where does it all start…with the mindset that my ways are better than God’s way.
For those of you who say ‘what about those born gay?’
I will say this…when sin entered in and fractured the universe, I believe it fractured orientation as well.

There are a lot of guys who have a proclivity to sleep with many beautiful women who are not their wife. That’s wrong. We don’t question that. But some people say that is their bent. I say (along with the BIBLE) it’s not wise, and not in God’s creative order and therefore it is sin.

I have heard some people say that they have an orientation towards having sex with children…we don’t question that is wrong, and sinful. That’s a given…but there are some who desire that. Once again I say (along with the Bible) this is not wise and goes against God’s creative order.
So likewise those who say they are born gay…it’s not wise, and it goes against God’s creative order to give into that orientation.

What is the answer? Repentance. (1 John 1:9) If you do this God promises he will forgive you. Regardless of where you are. He can wipe away any and all sins.

How do Christians react to this topic? With LOVE! We love the sinner, hate the sin. (Just as with any other sin.) Just because I don’t agree with your lifestyle does not mean I don’t care about you. That’s why I plead with you to be reconciled back to God. He promises to do so if you simply ask.

I am praying that the Southern Baptist are using Biblical wisdom when it comes to this dialog between the denomination and the gay community.  I know that this will be closely watched on both sides.

Dr. Mohler just came to Oklahoma and shared on this topic.  This link might be helpful when it comes to getting a balanced idea.