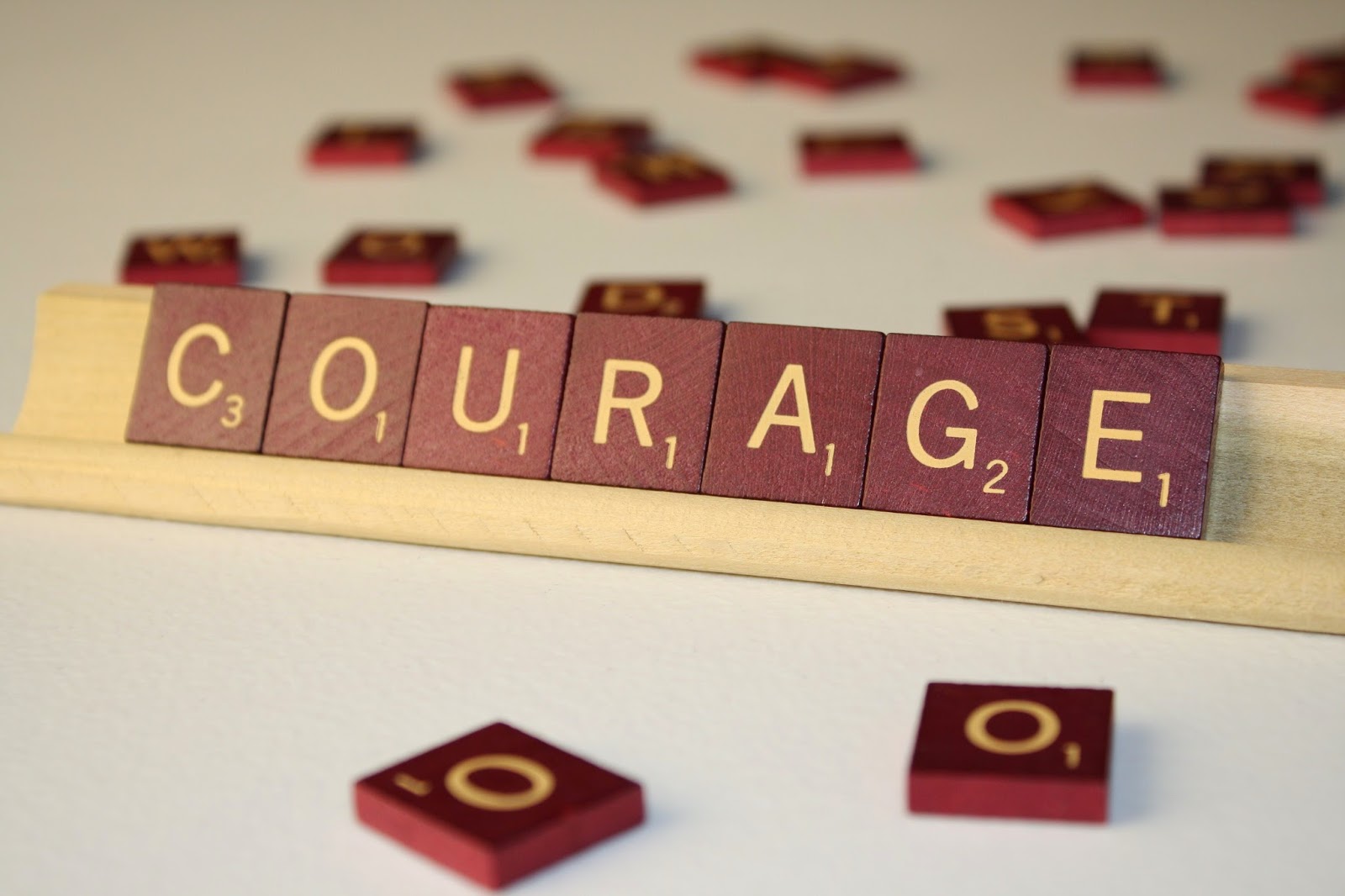 Courage.
When you think of that word what comes to mind?
Fighting?
Driving a fast car?
Willing to take a punch?
Willing to do something difficult?
It can.
But I think courage simply is looking at something that could possibly bring fear about, and facing that ‘thing’ head on anyways.
I mean, something like standing up and speaking to people about something that is important to you.
What would happen if Paul (in the Bible) did not stand up and share Jesus with the people he came in contact with, what would have happened?
What if Moses (in the Bible) did not turn aside in the wilderness to see the burning bush…how would have that story played out?
The point is that sometimes we need to step away from the familiar into the foreign in order to gain freedom.
Now, I understand that sometimes this can be very dispelling, and downright frightening, but nevertheless it’s incredibly important that we do it.
Why?
Because if you look at every man or woman in the Bible or in history that stepped out of the familiar and into the foreign God truly transformed everything about their life. Was it an easy road to follow? Typically it was not. In fact the Bible says that if we do go against the grain and follow a biblical path the road will be narrow and difficult.
It takes courage to live for Jesus.
I’m not simply just saying that if we show up at church on Sunday morning everything will change (although it could).
But what I am saying, is that when this thing called the Christian life became a daily lifestyle of intentional choices to follow after and be obedient to what God has called us to do, our lives will transform.
When we have the courage to say” ‘no matter what happens I’m going to follow the Biblical principles outlined in scripture, no matter what the cost I’m going to live for Jesus in the here and now, as well as for the next fifty years.’ That’s when things will change.
What the world needs more than anything is a group of men who are willing to walk away from the familiar and trudge headlong into the foreign.
All the while pleading with the Holy Spirit to give direction and wisdom as you walk.
Standing still never changed anything.
Posted by Caleb at 6:26 PM