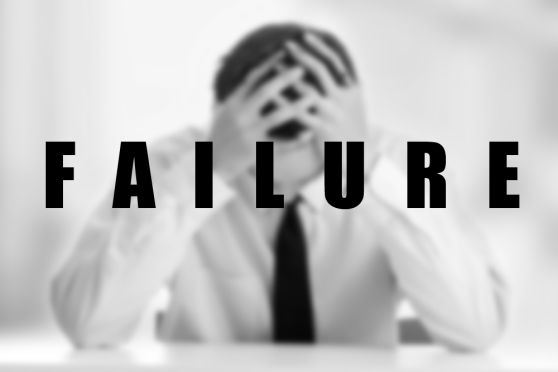 When I was in high school I was pretty plugged into the Christian community…I was a leader in a small group Bible study that met once a week at Coach Closes room and I had a desire to want to know and serve Jesus. But there was a moment I was sitting in a church service the fall of 1998, and I heard the pastor preaching on this text:
“Woe to you, scribes and Pharisees, hypocrites! For you are like whitewashed tombs, which outwardly appear beautiful, but within are full of dead people’s bones and all uncleanness. Matthew 23:27
The Holy Spirit grabbed me by the shirt and shook me quite hard that day. I ran to the front of the church and told the pastor ‘I am a Pharisee….I need Jesus to save me.’ I prayed and repented of my sins at that moment and ask Christ to come and transform my life, and He sure did!
Here is where many of the people in Christian culture have things a little messed up. I have been told by some well meaning believers that once I give my heart to Jesus everything starts to get brighter and easier. For a little bit I believed that idea, because I was young and naive.
When I was in my earlier 20’s I started to encounter trouble and tribulations.
I had not really read James 1, so I was caught a little off guard when it happened. Nevertheless it happened.
By the age of 24 I was divorced, angry, bitter, and full of contempt. What should have pushed me to my knees in prayer and a dependency on Jesus Christ, rather pushed me into addiction and bitterness.
What happened? I thought things were on the up and up and I was going to be apart of better things?
Well the major issue is that the devil is like a lion roaming around seeking someone to devour. ( 1 Peter 5:8) and I did not do what the Bible called me to do in that first part of that verse ( Be sober-minded; be watchful.) I was too busy playing games, and just coasting…sure I was saved…and I had a strong desire to serve this Jesus that had saved me…but I did not take my own personal sin seriously. I did not take what Jesus Christ did for me on the cross as personal either. You see the fact is that sin is deadly. You see Romans 6:23 says that the wages of sin is DEATH. Sure I believed that, but not MY sin…you see I just make mistakes…well that’s exactly what the enemy wants us to believe. That’s when he POUNCES and according to John 10:10 that’s when he comes to ‘steal, kill and destroy.’ And man did he ever…I was knocked out.
I was pretty much useless during this time in my life. I cared nothing for the things of God, because I was so blinded by my anger and pride that nothing else really mattered to me. All I wanted to do was partake in things that brought me pleasure and happiness. Never-mind that there were men and women in my life that were trying to show me that Jesus was better than all the other junk I was chasing…but I thought I knew better. But what was beautiful was the fact Jesus was pursing me even during this time of my rebellion…He was bringing me back to himself. He was drawing me and wooing me back.
One summer I was asked to join a friend of mine and lead worship at a church camp. I was VERY reluctant at first. I really did not want to be in that environment, but after some conversation I said yes, and helped lead worship! It was Tuesday night at the camp, and as the preacher was sharing out of word of GOD, I was sitting there thinking to myself: This was insane!!!! I am dating a woman that was everything that my parents and Jesus had said NEVER date this kind of woman! I drank on a regular basis I watched porn on a regular basis, and here I am leading worship at a church camp!!!! These students thought I was ‘Super Christian guy.’ I totally BROKE that night! The Holy Spirit throat chopped me. It hurt! I let the guy who I was leading worship with just play…as I laid at the alter and sobbed and repented.
I went home and broke up with that girl and said enough is enough…and I started trying to obey and follow Jesus. Now, this does not mean I was perfect. I still fell, and my old ways still kept trying to show back up…but this time I was quite aware of my sin. My heart broke when I would attempt go back. Jesus was there to show me that HE WAS BETTER!!
You see when everyone else thinks you’re done. When you think that you have no worth and you’re useless, Jesus is there!

Psalm 139:1-6
1 You have searched me, Lord,
and you know me.
2 You know when I sit and when I rise;
you perceive my thoughts from afar.
3 You discern my going out and my lying down;
you are familiar with all my ways.
4 Before a word is on my tongue
you, Lord, know it completely.
5 You hem me in behind and before,
and you lay your hand upon me.
6 Such knowledge is too wonderful for me,
too lofty for me to attain.

You see my sin DOES NOT SURPRISE God! He is not shocked by it. Rather he is quite aware of what you are about to do before you do it, and he still loves and cares for us. He draws us to himself in order that we might find forgiveness and reconciliation. How amazing is that!?
Even though you are flawed. In Jesus Christ YOU are not a failure!
Posted by Caleb at 7:23 PM